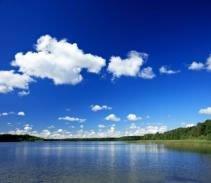 Conservation Advocacy
We partner with organizations such as the American Sportfishing Assn., the Theodore Roosevelt Conservation Partnership and the National Fisheries Network (FishNet) to advance conservation policy advocacy. We work with partners at the state, region and national levels to affect funding and policy on sustainable natural resource management. In 2012 we will continue to post breaking news on conservation at our website.

BCI continues to partner with regional and local conservation organizations and projects. An example is the Fish Smart project of the American Sportfishing Association (ASA) and the University of Maryland. This project is designed to develop gear that advances survival of sport released fish in catch and release fisheries and to improve communications with anglers to adopt these new gear approaches. BCI continues to support the Berkley Award for Conservation, given annually to the BASS Federation Nation chapter or state organization outstanding conservation project each year.