Berkley Gulp! The Science of Shape

Berkley has baked the Gulp! Scent technology into a dizzying array shapes and sizes. Picking the right one is critical to your success.

Gamefish must eat frequently in order to maintain their energy supply as feeding provides fuel for their metabolic processes. Over many millennia, fish have evolved into proficient feeding machines, capable of aggressively hunting down prey which is critical to their survival.

To maximize their fish catching potential, anglers must present that right size and shape bait/lure to trigger predatory reactions in fish. Getting the bait size and shape right ultimately leads to catching more fish.

Selecting the right lure size largely depends on the available native forage in the water you’re fishing. Gamefish are typically accustomed to feeding on baitfish, for example, of a certain size. In most instances, matching your bait size to that of naturally occurring food will garner more strikes.

There are exceptions to this rule for sure, like when the weather turns cold and downsizing baits helps trigger more strikes. However, in most instances, matching the local forage is the best place to start when choosing a bait size.

The shape of the lure plays a significant role in your success too. While the adage “match the hatch” is predominantly a freshwater trout thing, it does apply to saltwater too. Matching the shape of the predominate bait/forage in a particular body of water will greatly increase your odds of being successful.

Soft plastics are exceptional fish-catchers as these allow anglers to match both the size and shape of the local forage. Soft plastics are versatile, capable of being rigged in any of literally thousands of ways, and fished from the top of the water column to the bottom.

The best inshore anglers in the world know how to read a body of water. These fishermen can make educated decisions on what will work (and what won’t work) on any given day. While seemingly apparent, what makes this a foreboding task is that no two bodies of water are alike. They differ in depth, turbidity (clarity), salinity, available forage, structure, tidal strength, cover and much more. Add considerations for prevailing weather and the fish catching equation becomes complex. 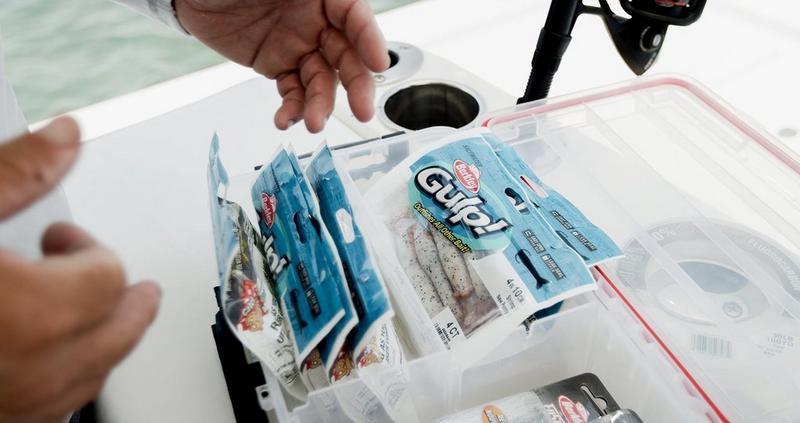 Berkley Gulp! soft plastic baits offer several advantages over other soft baits and traditional hard baits, like plugs, spoons and jigs. First and foremost, they emit a tantalizing scent trail — one unmatched by other lures (including live as well as cut baits) — that attracts gamefish on a molecular level via their powerful sense of smell. It is Berkley Gulp’s ability to disperse its powerful fish attracting scent that separates Gulp! soft plastics from all other brands on the market today.

Gulp! also tastes like the bait their shape is designed to imitate. For example, a Gulp! Shrimp is flavored to taste like a live shrimp and a Gulp! Swimming Mullet like a mullet. It is this true-to-life taste and soft, life-like feel which makes fish hold-onto the bait longer giving fishermen time to set the hook.

Gulp! soft plastics are also very versatile, capable of being rigged in an almost unlimited number of ways and fished at varying water depths (from top to bottom). Armed with baits capable of being fished from the top of the water column to the bottom allows anglers to find fish at any depth.

But with such a wide variety of baits from which to choose, picking the right one for a specific application can be a daunting task. Luckily, with a bit of knowledge and insight, selecting the right Gulp! soft plastic is relatively straightforward.

Soft plastics are generally categorized according to their basic shapes, and there’s a shape for every fishing style and situation. Narrowing your bait selection by region is a good way to get started on catching fish. Here are the most popular Berkley Gulp! soft plastic baits by geographical region. 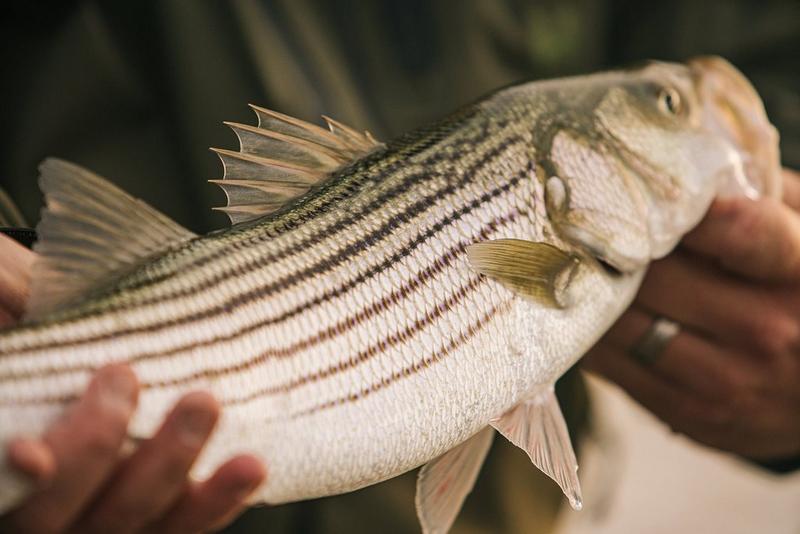 The North East Atlantic has some great striped bass fishing as well as bluefish opportunities. Anglers also target winter flounder and tautog (blackfish). The summertime flounder (aka fluke) bite is one of the most popular between New York, New Jersey, and Delaware. Stripers are found predominantly near shorelines, bridges and docks (with deep water near) and around strong currents.

Anglers don’t have to catch their fluke limit – jig a bucktail-and-teaser rig with Gulp! Grub, for extra flare, add a Gulp! Swimming Mullet or Gulp! Paddleshad to the teaser. Bluefish are popular as they are very aggressive feeders and are pound-for-pound tremendous fighters. Both stripers and bluefish are caught easily on Gulp! Swimming Mullet and the Gulp! Grub when fished on jig heads of various sizes to match the water depth. For those fishing for winter flounder, a Gulp! Swimming Mullet, Gulp! Grub or Gulp! Bloodworm fished on a sliding sinker rig and worked slowly along the bottom on long casts will draw plenty of aggressive strikes.

The Eastern Shore offers anglers a wide variety of inshore fish. Obviously, rockfish (stripers) are the most popular of the shore’s sportfish, drawing anglers from multiple states to ply for these water rockets in the Chesapeake Bay area.

The Eastern Shore offers anglers plenty of opportunities with its unlimited bays, rivers, inlets, piers, and surf opportunities. Other sport fish of interest to Eastern Shore anglers are red drum, speckled trout and flounder. Here, Gulp! Swimming Mullet are go-to baits for rockfish, thrown on jig heads and twitched on a frantic, erratic cadence (simulating a wounded baitfish). Gulp! Bloodworms excel in the surf when fished on a bottom rig while Gulp! Shrimp are tough to beat for flounder rigged on a jig head and fished along the bottom on a crawl or bounced on a lively rod tip. 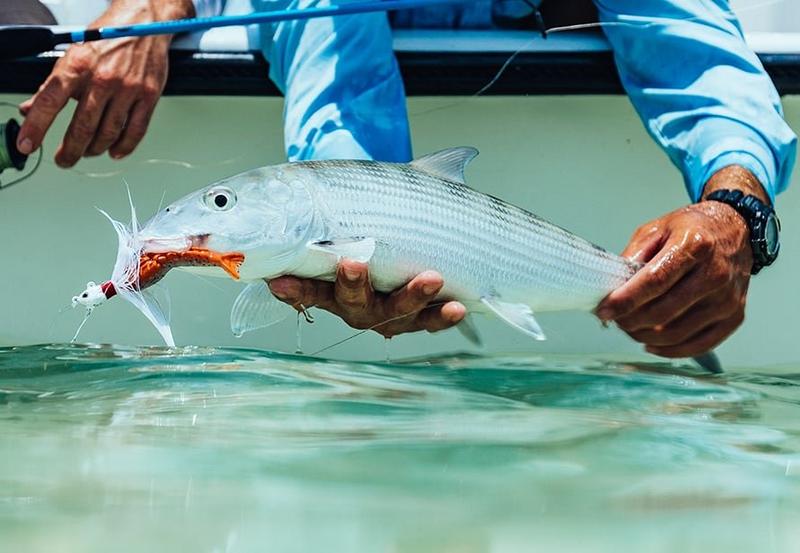 When fishing for sport fish who routinely feed toward the surface (i.e., snook, tarpon, trout) rig a Gulp! Swimming Mullet or Gulp! Jerk Shad weightless and twitch on top on long casts. For fish who routinely feed toward the bottom (i.e., redfish, bonefish, pompano) rig a Gulp! Shrimp with a weighted jig head. Bounce the bait along the bottom keeping contact there. Vary cadence from short hops to long drags with pauses until strikes occur. 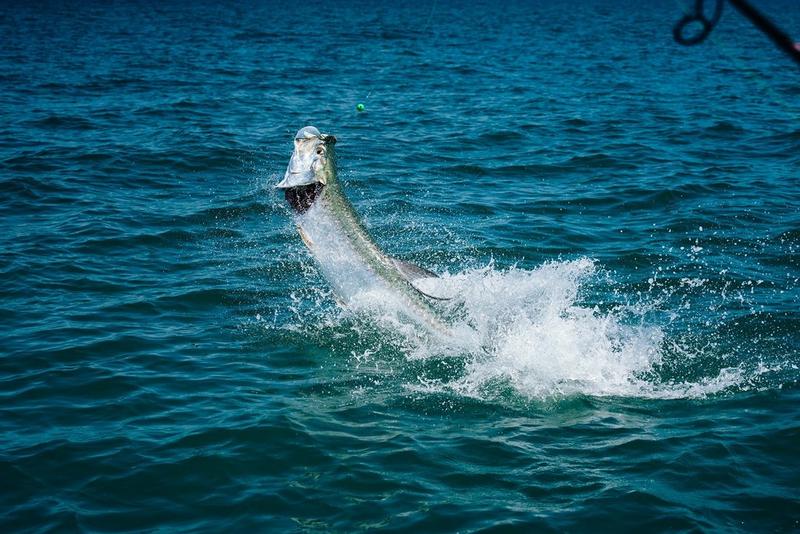 Baitfish and shrimp dominate sportfish diets in Florida. When fishing for sportfish who routinely feed toward the surface (i.e., snook, tarpon, trout) rig a Gulp! Swimming Mullet or Gulp! Jerk Shad weightless and twitch on a herky-jerky cadence on top on long casts.

For fish who routinely feed toward the bottom (i.e., red drum, black drum) rig a Gulp! Shrimp with a weighted jig head. Bounce the bait along the bottom keeping contact there. Vary cadence from short hops to long drags with pauses until strikes occur.

The Gulf Coast is blessed with a tremendous speckled trout, white trout, black drum, flounder and redfish fishery. The sheer vastness of the area offers anglers any number of venues at which to find inshore gamefish. Here, bays, bayous, inlets, rivers, flats, marshes, and the like play host to most gamefish.

Almost all sportfish here will aggressively strike Gulp! Shrimp fished on jig heads and bounced or slid along the bottom. For fish feeding above the bottom and up in the water column, throw a Gulp! Swimming Mullet on a weighted swimbait hook, varying retrieve speeds to adjust the bait’s depth until strike are drawn. For fish feeding near or on the surface, throw a Gulp! Jerk Shad on a lightly weighted or unweighted swimbait hook. Twitch the bait on an aggressive, varied cadence to draw vicious strikes.

Inshore species include spotted seatrout, red drum, tarpon, snook, tripletail, cobia and others. The most popular inshore fish here are hands-down the spotted seatrout and redfish. Baitfish and shrimp naturally abound, as such, the Gulp! Swimming Mullet, Gulp! Jerk Shad and Gulp! Shrimp are naturals when pursuing these Lone Star favorites. 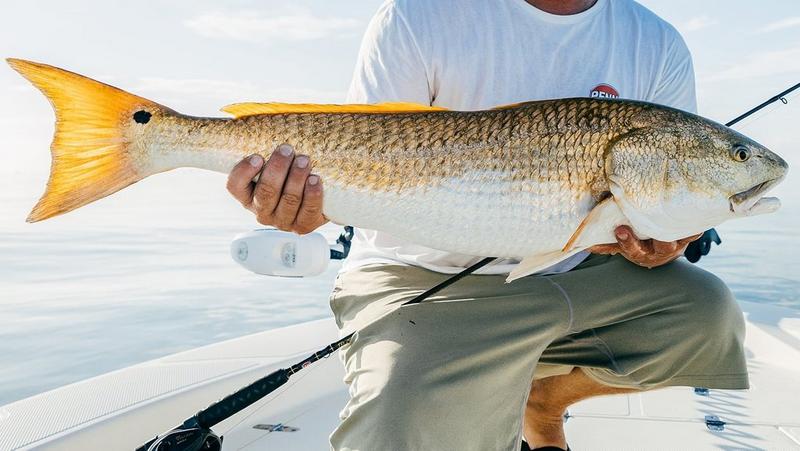 Throw the Gulp! Shrimp on a jig heads, bouncing them along the bottom and/or swimming it through seagrasses for trout and redfish. Fish the Gulp! Swimming Mullet on light jig heads or swimbait hooks when fishing shallow. Twitch a weightless, Texas-rigged Gulp! Jerk Shad over pre-emergent and emergent seagrasses for fish buried there.

The saltwater bass garner the most angling attention as they are fished for much like a freshwater bass. Gulp! Sandworms, Gulp! Swimming Mullet and the Gulp! Grub are all effective baits when targeting structure around which fish congregate. Gulp! Sandworms are effective when crawled on the bottom weighted or bumped along in an aggressive “hopping” fashion. The Gulp! Swimming Mullet or Gulp! Grub can be retrieved at any depth through the thickest vegetation on a weighted swimbait hook imitating a wounded or fleeing baitfish.

The Pacific Northwest is diverse fishery with many different species of gamefish. Those species include wide ranging varieties of rockfish, halibut and lingcod. The Gulp! Sandworm, Gulp! Grub and Gulp! Swimming Mullet are all great choices here as they can be rigged in any number of ways. Depending on targeted species, bottom bounce these on weighted jig heads, or swim these at any depth fish are relating to using a weighted or unweighted swimbait hook. Vary your retrieve speed and cadence until strikes begin, then repeat these. If fishing slows, try fishing the Gulp! Sandworm on a weighted bottom rig.