The drama of topwater fishing begins with the splashdown – an awakened silence ripe with anticipation. Wonderment takes hold as the bait comes alive with some mix of splash, gurgle, waltz, wobble or buzz. We are mesmerized by its sounds, its feigned struggle and the bubbly trail it leaves behind.

Then comes the moment of reckoning! The strike…sometimes wildly explosive…at other times a mere vanishing act, the bait swallowed suddenly by an unseen force.

Berkley blends science, technology, and fishing know-how at the Berkley Research Lab in Spirit Lake, Iowa, where ground-breaking research leads to fish-catching new products year after year. In 2019, Berkley unveiled what many feel might be its most exciting series of hardbaits yet with the rollout of 11 topwater lures.

This family of floating baits has already fired the passions of bass fishermen all over the country. Perhaps you have already found a favorite among them. But take heed. An open mind and a well-chosen tray of topwater lures will trump one-lure loyalty time after time.

Popper/chuggers, represented by the Berkley Bullet Pop 60, 70 and 80, are squat lures with cupped faces. They displace water as they push against the water’s surface -- spitting, gurgling, splashing or popping with each thrust. The angler imparts the action with rod movement, generally short snaps of the wrist done singly or in combination.

Plopper lures like the Berkley Choppo 90 and 120, have a revolving tail that produces a driving, churning, chopping commotion that fires the predatory instincts of bass and other gamefish. The angler produces the action with a steady retrieve. 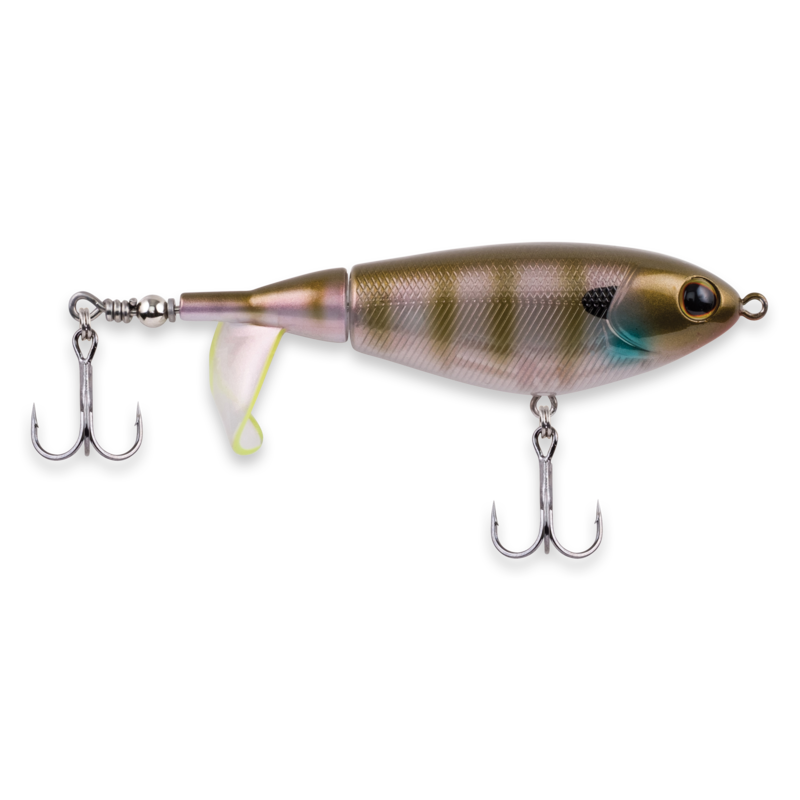 Walking lures get their name from a rhythmic presentation referred to as “walking the dog.” Anglers impart this side-to-side, zig-zagging motion by coordinating rhythmic rod movement with a stuttering retrieve. Walking baits come in a range of shapes and sizes, from cigar-style lures (Berkley Drift Walker 110 and Berkley J-Walker 100 and 120) to tapered “pencil” designs (Berkley Cane Walker 125) and baitfish-shaped baits (Berkley HighJacker 100). Each lure has its own style of walking. Some designs, like the Berkley Cane Walker, have a cupped face that adds to the illusion of a struggling baitfish with its spraying surges.

“Prop” baits sport propellers -- fore, aft, or at each end -- to produce a buzzing, spitting action as the blades revolve. Prop baits can be short and compact, like the Berkley Spin Bomb, or long and tubular, like the Berkley Spin Rocket. Presentation may range from short sweeping thrusts of the rod tip to a steady burn.

A telltale V-wake earns wake baits their moniker. Their rhythmic tail sway weaves a hypnotic spell over fish and fisherman alike. Wake baits vary in size, sound and appearance. Contrast the nearly silent swim of a lure like the Berkley Surge Shad with the tail-wagging rattle and rumpus of the squat Berkley WakeBull. Then there’s the Berkley Surge Shad Jointed, borrowing from the personalities of both.

Each style of topwater lure offers a different look, sound and action to appeal to the varying moods and personalities of gamefish. But they all share one thing in common. They are fun to fish!