Topwater Lures for My Territory 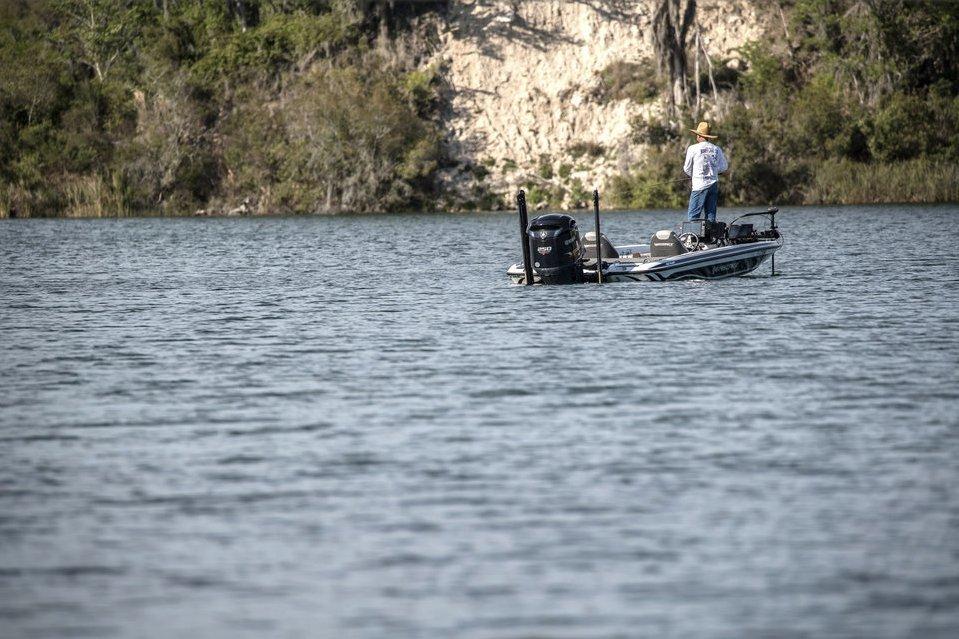 Rest assured that most walking lures, wake baits, popper/chuggers, propeller baits and ploppers will catch bass bass and other gamefish on waters near your home. But a special kind of confidence comes from choosing a lure with a proven track record on your local lakes and streams.

At the edge of the jungle

Surface lures are most commonly associated with shallow water fishing. They are at their best when worked over the tops or edges of aquatic cover -- sunken timber and bushes, lily pads, emergent vegetation, deadfall and the like.

Florida’s endless bass waters are loaded with such habitat, and that is why the Sunshine State is mecca to topwater fishermen.

You can run the full spectrum of surface lures on such waters, but popper/chuggers like the Berkley Bullet Pop (60, 70 and 80) and propeller (“prop”) baits, represented by the Berkley Spin Bomb and Berkley Spin Rocket are mainstays on these bass-rich waters. The commotion they create mimics any one of a number of favorite foods on the largemouth bass’s menu including frogs, mice, shad, bluegill and other members of the sunfish family. Select a color pattern and bait size to match.

The Berkley Bullet Pop’s lies level at rest and starts popping the instant you twitch your rod tip. You can pop it in place while barely moving the bait forward, which makes it ideal for working small pockets and lanes. It will push the patience of reluctant bass beyond the boiling point.

Note that lily pads and cover are also common to the natural lakes and river backwaters of the upper Midwest and Northeast where bluegill, perch, golden shiners, frogs, and mice offer a similar shallow water smorgasbord to that found in Florida and much of the South. Same baits. Similar results – with some toothy predators likely to invade the bass’s party, too

Drawn from the deep

“Walking the dog” with cigar-shaped baits like the Zara Spook took the Arkansas/Missouri Ozark fishing world by storm decades ago. Anglers in other parts of the country soon found that the zig-zagging stroll of these lures drove gamefish mad no matter where they were found.

The J-Walker 100 and 120 are perfect for covering large expanses of sprawling reservoirs. Tail-weighted for maximum casting distance, their balanced design and tapered back make bait walking easy. Opt for the Drift Walker’s more subtle action and sound when you encounter calm, clear waters.

Blueback herring are primary forage species on a growing number of lakes in the South and South Central United States. Largemouth bass gorge on them. So do stripers and hybrids. Exploit the herring bite with the Berkley Cane Walker. Its so-called “pencil popper” design creates surface chaos with its loud, spitting action -- and the explosive strikes it draws!

Wake baits like the Berkley Surge Shad and Berkley Surge Shad Jointed trace their ancestry to floating minnow lures that came to fame by coaxing predators from the depths with their swaying V-wake action. Decades of modification and the latest design and materials technologies are woven into the Surge Shad creations, which cast further, wake better, and create more flash than their predecessors.

Try the Surge Shad duo wherever bass herd shad or blueback herring. The silent sway of the strait-tailed Surge Shad will draw predators suspending over deep water under calm, clear water conditions. The rattle of the Surge Shad Jointed will have more potent drawing power in stained water and windy conditions.

Saltwater striped bass and striper/white bass hybrids have been widely stocked in American waters. These eating machines attack topwater lures viciously and strain tackle to its limits. You’ll find them suckers for walking and wake baits alike. And you won’t soon forget their bone-rattling strikes and muscle-straining fights

Plopper-style lures trace their origins to decades-old musky lures used in the Northwoods waters of Minnesota, Wisconsin, and Canada. Their broad revolving tails produce a splashing, plopping action and a telltale spray that pike and musky can’t ignore.

But downsized ploppers have proven to be equally irresistible to bass, and today lures like the Berkley Choppo 90 and 120 have huge fan bases from the Canadian provinces to the Deep South and beyond.

With most topwater lures, you can dial in more bites by “matching the hatch,” that is, selecting a size and finish that resembles a favored forage whether it be sunfish, shad, golden shiner, carp, frog, etc. In dark water or turbulent conditions where fish find it more difficult to discern detail, opt for a bait that produces more flash and fish-attracting rattle or action. Under dark or overcast conditions, choose a lure that will cast a dark silhouette against a gray or darkening sky. The “Maverick” finish may be your best bet.

Bone and white colored lures are essential, too, as they borrow from the most basic of baitfish colors.

The Berkley topwater line also boasts a variety of nearly clear or translucent finishes -- so important to attracting predators in clear water conditions.

Here, there and everywhere

As noted earlier, topwater lures of every type are broadly applicable to many waters. Yet two members of the Berkley topwater family are practically “can’t miss” choices no matter where you fish

The Berkley Bullet Pop’s three sizes (60 mm, 70 mm and 80 mm) and 14 color choices reflect the lure’s universal appeal. Its popping/darting action represents an easy meal of fish, foul frog or other. The size options offer multiple advantages. Choose one to match the fish’s favorite forage, the tackle you employ or, ideally, both!

The Berkley J-Walker improves upon one of fishing’s most proven archetypes and advances the cigar-style design to near perfection. It is balanced to make walking-the-dog quick and easy, and the subtly tapered back adds flash and splash. Oh yes, it casts a mile, too!