FREE STANDARD SHIPPING NO MINIMUM THRU 12/31/22 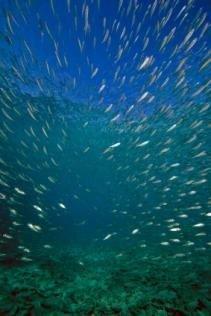 BCI works with State and Federal fisheries managers on a number of issues each year. BCI is an active member of FishNet, a national coalition of fisheries advocates. We are also part of the Theodore Roosevelt Conservation Partnership and the Center for Coastal Conservation.

The 2006 amendments to the Magnuson-Stevens Act require the development of annual catch limits and accountability measures for all managed fish stocks in America. A problem is establishing such ACL’s and AM’s for stocks where stock assessments are absent or inadequate. The balancing of stock assessment availability and their use in establishing ACL’s and AM’s is a focus of strengthening the implementation of the Magnuson-Stevens act. Neither fishing nor conservation benefit from managing fisheries based on guesses as to abundance and productivity. Science-based catch limits are critical to public support for fisheries restrictions. In 2012, BCI will continue to advocate for the Fisheries Science Improvement Act to relive the requirement for specific annual catch limits for stocks that do not have an adequate stock assessment. Management to prevent overfishing will still be necessary, but not a specific annual catch limit.

Administrative and legislative solutions are being pursued to allow rebuilding of key species while maintaining access to other species in the complex. BCI is working closely with American Sportfishing Assn., Coastal Conservation Assn., the Center for Coastal Conservation and other partners to find solutions and to help National Oceanic and Atmospheric Administration improve catch accounting and stock assessments. We are absolutely committed to sound conservation and sustainable fisheries.

Marine Reserves
2011 was an important year to work with other fisheries and environmental interests to find a good compromise regarding establishment of Marine Reserves (no fishing zones in the Ocean). Fishing gear should not be damaging key marine fish habitats and fisheries must be sustainably managed.

However, we will fight against unwarranted or excessive closures of fishing access. Clear objectives, evaluation of economic/social impacts and a transparent, inclusive process for government decisions on this issue is required. Oregon and California are key states as both have ongoing processes involving fishermen and other conservation interests. Good progress on finding solutions was realized in Oregon in 2011 and 2012. However, excessive closures of fishing areas in California continue under the Marine Life Protection Act are continuing. We are fighting these unnecessary closures as part of the Coalition for Sustainable Oceans.

FishSmart: Operation Deep Release
In 2011, a workshop was held regarding improving catch and release survival of rockfish/snapper/grouper brought to the surface from significant depth. Now in 2012, we are participating in a series of regional FishSmart meetings to further develop fishing methods to improve released fish survival, and fisheries management strategies to take advantage of this improvement.

Fish caught at depth and released at the surface often suffer from barotrauma, which is the expansion of the swim bladder/stomach and the eyes, caused by decompression. If released on the surface, most of these fish cannot swim back to depth and will die. The results of the workshops have showed that by recompressing these fish by using devices to get them back to depth quickly before release, nearly all these fish can survive. These studies were done on key West Coast rockfish species. Studies are needed to determine if these same results will apply to key species like red snapper and gag grouper in the South Atlantic/Gulf of Mexico. If so, anglers may be able to release protected species with high survival while fishing for more abundant species. This project is part of a broader effort called FishSmart (see www.fishsmart.org).

Marine Spatial Planning
This idea to zone the Ocean to avoid conflicts in use is a key concept of the Obama Administration’s Ocean Policy. Many in the fishing industry are skeptical of these efforts for fear that they are an effort to impose marine protected areas on the fishery under the guise of conservation. This is similar to our experience with the Marine Life Protected Act closures in coastal California. BCI has advocated that the Obama Administration demonstrate the concept with a pilot approach. Involvement of the coastal States fish and wildlife departments is critical and they are currently strapped for funds to accomplish their base responsibilities. Without additional funding, it is unlikely that coastal States can bring their expertise to bear on this effort.

Pacific Salmon Recovery
In 2012/13, BCI will continue to work with sportsmen’s organizations and environmental advocates to ensure a long-term recovery strategy for Pacific Salmon listed under the Endangered Species Act. The severe fisheries restrictions in recent years in the Columbia River and along the Pacific Coast show current efforts are not enough to ensure sustainable fisheries and the economic benefits they contribute. 2012 is a particularly important year for advancing the progress already made on facilitating the removal of obsolete dams on the Klamath and the Lower Snake rivers that have disproportionate negative impacts on salmon. In recent years, we made huge progress towards eliminating these obsolete dams. A long-term plan to better balance water use between power, agriculture and fisheries is needed on the Sacramento, Klamath, Columbia and many other Pacific Coastal streams. We will continue to fight efforts to water down the Central Valley Improvement Act, which provides water for fish in the Sacramento River in California.

Additionally, the collapse of the Sacramento River Fall Chinook salmon, with resulting catastrophic fisheries closures in 2008, and extended into 2009 brings urgency to resolving the issue of excessive pumping of fresh water from the Sacramento Bay Delta. In 2011 Judge James Redden of the Federal Court of Portland, Oregon to determined that the new plan by the Federal Government was again inadequate to ensure the recovery of listed salmon in the Columbia River. He ordered the development of a new and more protective plan for recovery of the wild fish and the protection of Treaty Fisheries. This decision will have huge implications for the future of wild salmon listed under the Endangered Species Act and the hatchery salmon that support most tribal and non-Indian fisheries.

In 2012/13 we will continue to advocate for harvest reform on the Columbia River to restrict damaging gill net fishing to off channel areas to improve the conservation of wild stocks and also to improve the economic benefits that stable recreational fisheries can provide to the region (see www.safeforsalmon.com).

Invasive Species
Invasive Aquatic Species are an increasing threat to the fisheries of America, and around the World. We support the “Stop Aquatic Hitchhikers” program and will supply information on invasive species to our staff, pros and avid angling partners. There is more that can be done to prevent the spread of invasive species across America. The recent discovery of zebra and quagga mussels in California gives new emphasis to this issue. Anglers must do more to ensure that their boats are not transporting invasive species between water bodies. However, we are also concerned by water districts closing important recreational fishing waters under the guise of preventing the spread of invasive species. We believe that good compromises are possible to prevent invasive species spread while maintaining angler access.

A major issue is the fight to prevent invasion of the Great Lakes by Asian carp that have infested the Mississippi River system. BCI advocates a closing of the Chicago Ship Canal and a blocking of the flow of water from the Great Lakes into the Mississippi River with plug. This is the only way to ensure that the Asian carp will not threaten the existence of a hugely beneficial fishery and a unique ecosystem.